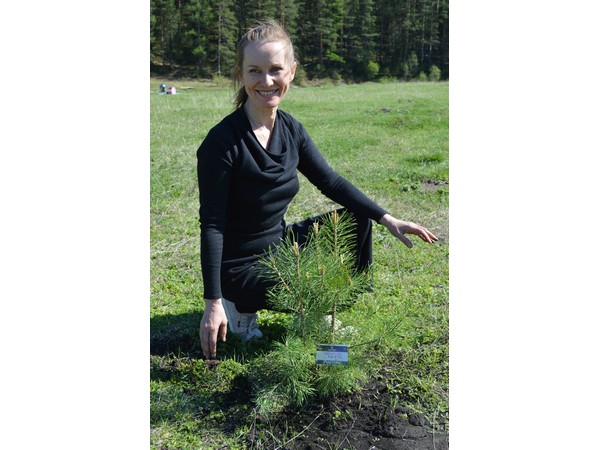 Natalya Yurevna Beloborodova has graduated from the Sverdlovsk architectural institute majoring in “Architect”, the member of the Union of designers of Russia. Since 1997 participates in various creative actions for a sculpture from snow and ice, a stone, a tree. The range of occupations is rather wide: it is a watercolor, polygraphy, design, a sculpture.

Born in 1965 in the city of Irbit of Sverdlovsk region. The designer, the architect, the sculptor, the graphic artist, she writes verses. The member of the Union of designers of Russia (since 2000). In 1989 nowadays Ural state architectural and art academy (specialty “Architecture of Residential and Public Buildings”) has graduated from the Sverdlovsk architectural institute. Since 2007 director of “LLC Kart-blansh of the center of design of Natalya Beloborodova”. Is engaged in the organization of the large-scale creative projects uniting in uniform process of authors and various organizations. Participated in the Russian and international festivals, the championships and symposiums since 1997. Created sculptures from a tree, a stone, snow, ice, sand. I have participated in 63 creative actions which took place including in the monastery of the Dormition of the Theotokos in Sviyazhsk (a monument of UNESCO), at the Red Square in Moscow, in space of the State Hermitage, in the Mountain Olympic village in Sochi, in Salekhard. Has 21 diplomas for prize-winning places.

This site uses Akismet to reduce spam. Learn how your comment data is processed.